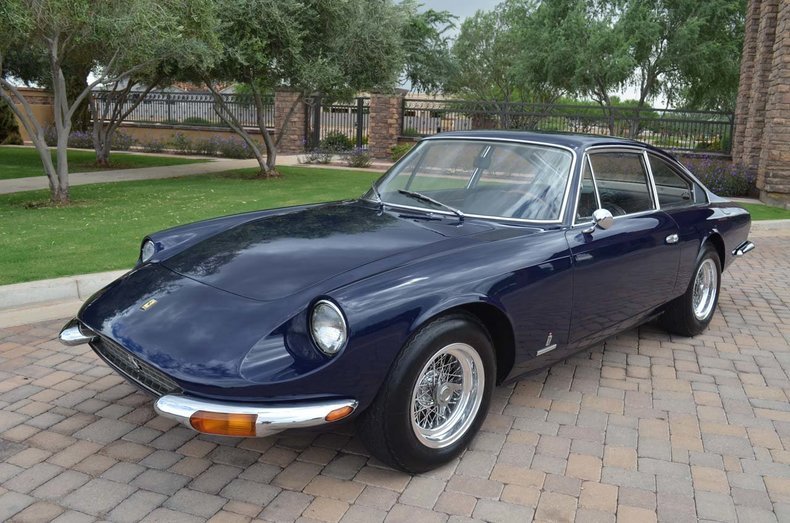 This car is a later European example, number 731 of 800 built in over 3 years. It was sold new by Dino Ravasio and Sons in September 1970 to its first owner in Rome. It maintained by Ferrari factory until coming to the US sometime in the late 1980"s. It was kept in California until 2011, spent a short time in Florida, before being bought by current owner to AZ.

It has had a recent repaint in it's original colored dark blue and as a result body and paint are in outstanding condition. The interior was also re-tirmmed in the original color black and shows almost no wear. Wood on the dash and chrome are original and show a nice patina. This lovely Ferrari has traveled less than 82,000 KM (60,000 miles) from new.

It comes with original jack and its original books.